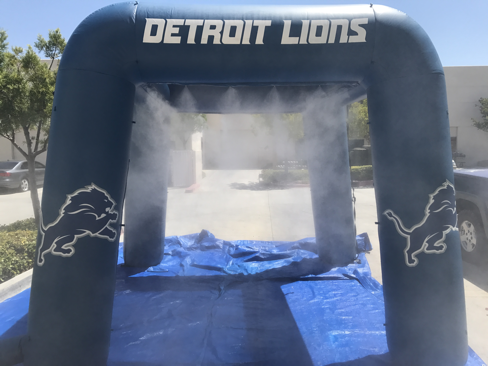 Cool Zone™ Inflatable Misting Systems that are incorporated inside of a Misting Inflatable’s are a fun, easy and inexpensive way to provide outdoor cooling at events, concert and summer parties. Use your imagination to design an inflatable and Cool Zone will make an effective outdoor cooling unit that can be used at any event. Misting Inflatable can come with either High-Pressure or Mid-Pressure Misting Systems depending your needs and requirements. 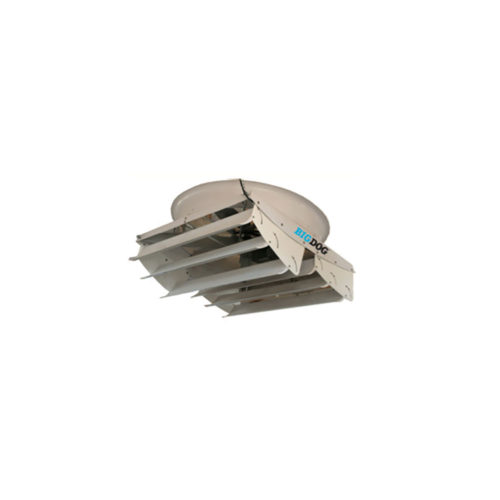 The BIGDOG Fan from Cool Zone™ provides massive air-movement, providing the most industrial cooling for plants, factories and facilities.

The BIGDOG fan from Cool Zone can be hung from the ceiling, post or wall mounted using optional post/wall mount hardware. Optimal performance is accomplished by mounting the unit at least 14 feet high and at least four feet from the ceiling to avoid choking the fan’s air supply. The BIGDOG can be mounted horizontally, with the deflectors spreading the heat both left and right, or can be mounted on an angle with the deflectors pointing in the same direction the industrial fan is already pointing.

At full power, the air speed at the industrial fan outlet is approximately 1,500 FPM (feet per minute) with total airflow of approximately 45,000 cfm (cubic feet per minute) and with an efficiency of greater than 20 cfm/watt. High efficiency results from the shape of the industrial fan’s venturi (cone) and the air straightening effect of the galvanized motor mounts. Air speed at ground level is dependent on the orientation of the deflectors, but can easily be in excess of a refreshing 100 FPM over an area 200′ long by 35′ wide, or 7,000 square feet.